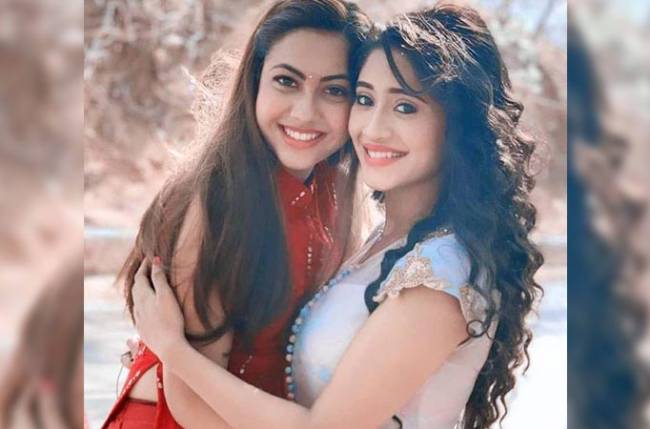 Shivangi Joshi is one of the most popular television actresses. She has impressed the viewers with her acting skills and style statements. She is currently winning hearts by playing the female lead in Yeh Rishta Kya Kehlata Hai.

Shivangi is also known for her style statements. She is quite active on Instagram wherein she has 2.7m followers. The audience loves her chemistry with Moshin Khan, and their fans fondly call them Kaira.

On the other hand, Reem Shaikh has carved a niche for herself in the TV industry. She has worked in several television shows like Diya Aur Baati Hum, Chakravarti Ashoka Samrat and Tu Aashiqui. She is currently winning hearts with her performance in the TV series, Tujhse Hai Raabta.

Now the lesser known fact is that both Shivangi and Reem are close friends in real life and share a very special bond with one and other.

Recently, Shivangi turned a year older and Reem had shared a lovely post for the actress. There was a throwback video of the two when they were little.

The friendship between the two goes a long way and it’s good to see that in such a competitive world true friendship does exist.

The video will make all Reem and Shivangi’s fans happy, There is no doubt that the two actresses are number one when it comes to television, and their serial is also doing exceptionally well.

For more news and updates on television and Bollywood stay tuned.