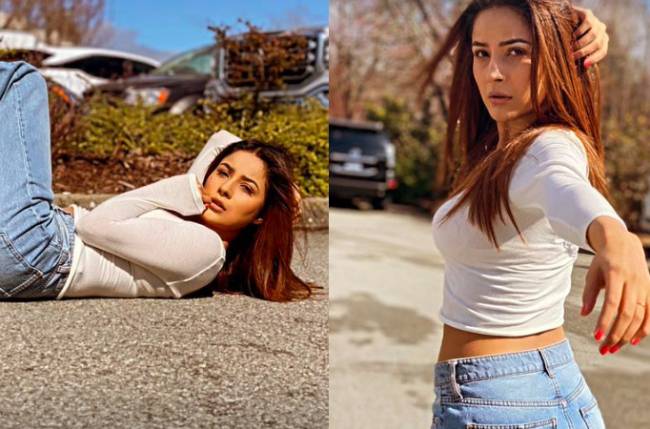 Bigg Boss 13’s Shehnaaz Gill is now a big star, thanks to her stint in the controversial house that added more people to the ‘I love Shehnaaz Gill’ club.

The ‘Punjab Ki Katrina Kaif’, as she is fondly known, is pretty active on social media where she keeps sharing some fashionable and stunning pictures of herself, exhibiting her toned physique.

The gorgeous lady once again gave us the reason to gush over her as she recently took to her Instagram stories to share some candid shots of herself which are a sure treat for all the Shehnaazians.

In the pictures, Shehnaaz is seen posing like a supermodel in the streets of Canada. For the photoshoot, Shehnaaz was seen wearing a white body con top with flared jeans while keeping her sleek straight hair down.

The same attire was worn when she shared a reel video of her dancing to the tunes of Darshan Raval and Neeti Mohan’s ‘Vilayati Sharaab’. It seems like after recording the dancing video, she got into a little photoshoot mood as she shared a series of pictures on her stories.

From her album, one photo was shared on her INSTA feed where she is seen lying on the street while soaking in some vitamin D.

After seeing the pictures, fans just can’t stop gushing over her as one commented, “Sexy lady on the floor”, while another one said, “Shehnaaz Kaur Gill your photos are so damn stunning, hot, beautiful!!!”.

Check out her pics below:v 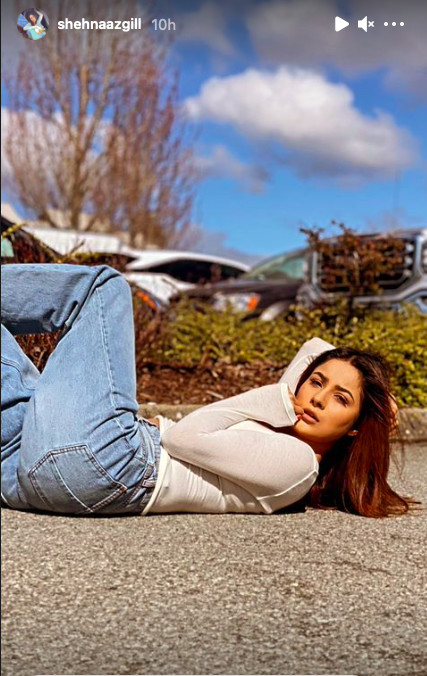 Meanwhile, Shehnaaz Gill won the ‘Best Social Media TV couple’ award along with her bestie Sidharth Shukla as the duo who managed to win hearts with their sweet bond and chemistry, plus, they also have a massive fan base on social media.