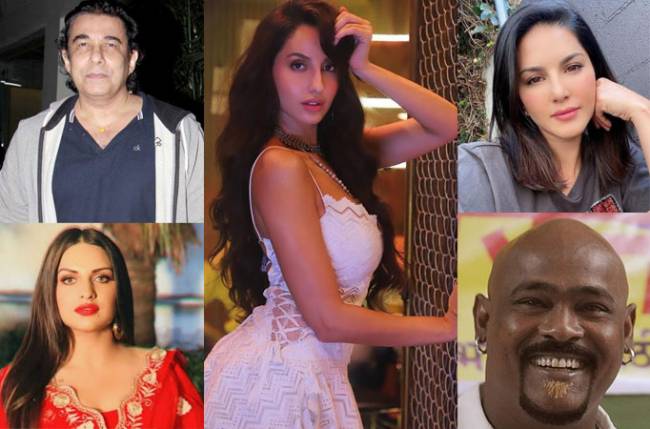 The most-awaited show of the year Bigg Boss 14 is just a few days away from the premier date and the excitement level is at the peak. A lot of buzz about the show has been created and every day, we get to hear some interesting report about it.

It seems Bigg Boss 14 is going to be a super-duper hit just like its previous seasons. The show’s format is the same, and a few changes have been made just to offer something new to the viewers.

The viewers witness 13 contestants who get locked in the house for three months. However, the makers never fail to keep the viewers hooked to the show by introducing some unexpected twists and turns and also wild card entries. Post their entry begins the real drama.

So, here’s a list of wild card entries from season 1 to season 13:

Deepak Tijori and Baba Sehgal became the wild card entrants for the first season. While Deepak is a well-known B-town star, Baba is a popular singer and rapper.

Diana Haydon entered the controversial house in the second season. She is a model and former Miss World (1997) who was also the runner-up in Miss India.

Vinod Kambli was introduced as a wild card entry in season 3. He was once a famous name in the cricket world. Another one who entered the show was Pravesh Rana, a well-known model.

The fourth season saw two wild card entries, Dolly Bindra and Dalip Singh Rana. While Dolly is an actress, Dalip is a wrestler.

This season saw many wild card entries which included Amar Upadhyay and Akashdeep Saigal who are known actors, Siddharth Bhardwaj, who is known for his participation in Spiltsvilla 4, and Sunny Leone, an actress and a former adult film star.

The makers introduced Mink Brar, who is a model, an actress and a producer, Splitsvilla fame Vishal Karwal, who is also an actor, Imam Siddiqui, who is a fashion stylist and a reality TV personality, and actor Santosh Shukla.

This season saw only one wild card entry. Pooja Jain who is a singer entered the show as a wild card contestant.

Roadies 15 fame and dentist Surbhi Rana was roped in as a wild card entry for season 12. Actors Rohit Suchanti and Meghna Dhade were also seen.

The makers are gearing up for season 14 and the diehard fans can’t wait for it.