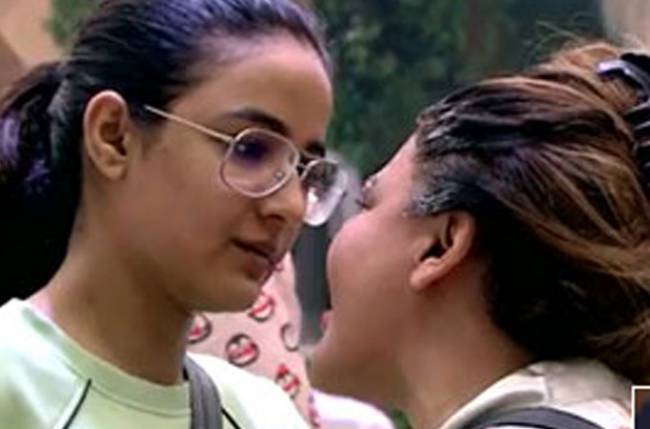 Rakhi Sawant and Jasmin Bhasin are the latest enemies inside the Bigg Boss house. We have witnessed a huge fight between the two in yesterday’s episode, where Jasmin lost her cool and physically assaulted Rakhi.

While Rakhi was in discussion with Aly Goni at the dining table, Jasmin suddenly came with the duck mask and forcefully covered Rakhi’s face with it, which left Rakhi crying in pain, claiming her nose is broken.

However, Jasmin Bhasin had no regrets about it as she considers Rakhi’s injury a ‘drama’. Nikki Tamboli had also supported Jasmin whereas Abhinav Shukla, Aly Goni, Vikas Gupta and Sonali Phogat tried correcting her.

This whole incident left the viewers shocked. Meanwhile, Rakhi’s husband Ritesh is fuming with anger over Jasmin’s behaviour towards his wife.

In an exclusive interview, Rakhi Sawant’s husband Ritesh said, “Bigg Boss is a mind game and we cannot accept any physical assault. And above that, I could see people laughing at her. I am disappointed that Bigg Boss didn’t take a strict action against Jasmin Bhasin. Few weeks back when Vikas Gupta had pushed Arshi Khan in the swimming pool, he was asked to leave the house whereas here, Jasmin was just condemned about the same.”.

Ask him if Rakhi already had a problem in her nose as she claimed while getting hurt. Ritesh says, “Rakhi ke nose pe injury hai kyunki uska bahut pehle accident hua tha jiske baad usko wapas banaya gaya. And I guess everyone already knows that.”.

Ritesh is fuming in anger with Jasmin’s behaviour as he says, “In spite of hurting Rakhi so much and seeing her crying Jasmin had no guilt about it. In fact, I could see her saying ‘Jo mujhse panga lega ye hoga’…what sort of attitude is this? And then she is kicking that duck face. If you hurt somebody at least have the courtesy to say sorry. Rakhi ko hurt karke usko hi attitude dikha rahi hai and that is not acceptable. Agar ye same cheez uske saath hoti to usko pata chalta.”.

In the latest episode, we could see Jasmin Bhasin crying and saying Rakhi is trying to demean her image by doing this drama to which Ritesh says, ‘Uski image hai kya? To be honest I even don’t know what she has done in her life. Her real intentions were clear in her actions and public is not a fool they could see what has happened. Aap Rakhi ko chot pohouchakey hass rahe ho jabki Rakhi ka badhapan ye hai ki vo keh rahi main nahi chahti usko strict punishment mile. And then not even once she went and apologised to my wife for doing wrong. So I guess she has herself shown her real image to the world.”.