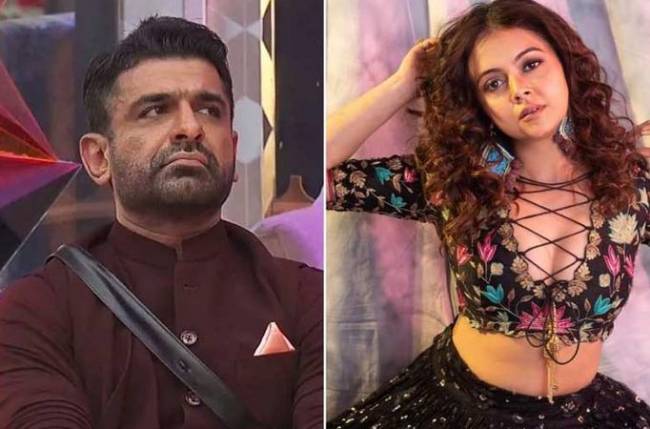 Eijaz Khan has been one of the strongest contestants in the BB14 house since day one. He has made a strong impact on the audience.

He grabbed the headlines for his on-off friendship with Pavitra Punia, and they both share a great bond of friendship and understanding.

The actor took a little time to put his point forward, but he then did it with full conviction and stood strong for himself.

He gained the audience’s love even during the fight with Kavita where she told a zillion things to him but he kept quiet and didn’t say anything.

He also grabbed the headlines for his romance with Pavitra in the house and the fans loved their pair.

But then suddenly, the audiences were shocked as Eijaz made an exit from the house owing to some prior commitments that he had.

And in his place, Devoleena had come as his proxy and since she was evicted from the show this weekend, Eijaz has gone off the show now and he won’t be returning which has been a big disappointment for many fans.

Now some of the fans have begun to speculate that EIjaz’s exit from the show was planned by the makers since he has exposed their PR strategy during the press conference through which he was present through a video call.

Fans say that the makers on purpose created circumstances as such that Eijaz couldn’t come back on the show though he was ready to re-enter last week itself.

Netizens feel that it’s unfair as Eijaz was a very strong contestant and he could have been the potential winner of the show.

Well, no doubt that Eijaz played the game very well and he deserved to be in the finale.