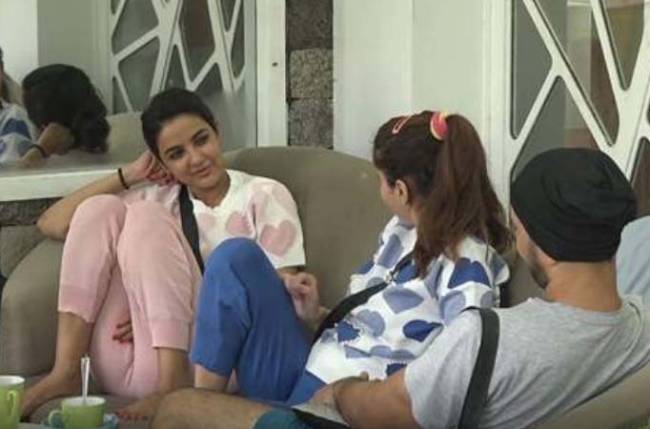 Bigg Boss 14’s besties Rubina Dilaik and Jasmin Bhasin’s friendship has come to an end and the latest Panchayat task played an important role in it. Both the actresses were pitted against each other in the game and it brought their differences in the forefront.

While Rubina accused Jasmin of behaving inhuman with her team members and not giving them food, Jasmin continued to say that the former was trying to frame her in a wrong way.

Throughout the episodes, Abhinav, Rubina, Jasmin and Aly Goni had indulged in numerous fights with each other. Abhinav even called Aly and Jasmin a bunch of idiots and in return, Jasmin and Aly called them disgusting people.

While sitting alone Jasmin even stated that Rubina is disgusting and she has lost it.

When Jasmin was feeling low, Aly was seen trying to tell her that Rubina and Abhinav are not her school friends and that she is feeling so bad about their behaviour. He tries to tell her that everyone is here for the game and in future, there will be more ugly fights.

Rubina learnt that Kavita had told Jasmin that she feels the latter is very arrogant. Rubina went to confront Kavita but ended up in a nasty war of words with Jasmin.

Kavita cleared her side and Jasmin told Rubina on her face that she did not cry because of her, but Abhinav Shukla. She even told Rubina that she doesn’t care about her as it was always because of the latter’s husband Abhinav that she was nice to her.

As the show came to an end, we saw that during the ‘Weekend Ka Vaar’ episode, host Salman Khan was seen discussing their friendship and fights.