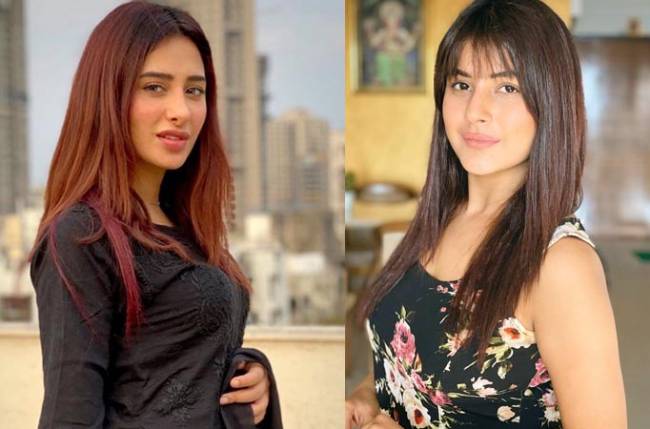 Mahira Sharma is a popular actress who was seen in Bigg Boss 13. Ever since the actress bid goodbye to the Bigg Boss 13 house, she has been controversy’s favourite child. Well, be it her award show controversy, getting into a sly war with Jay Bhanushali and Mahhi Vij over her donation and now, a fresh accusation by a popular Bigg Boss influencer, The Khabri. As per him, Sharma is out and out buying all the fan pages that belong to her competitor Shehnaaz Gill to win some iconic award. He also accused the actress of promoting the award show organiser so that she can win it easily.

His tweet read, “So @MahiraSharma_ is buying all The fan pages of @ishehnaaz_gill. Reason is that tuchha IconicWard, she promoted That Lukha organiser, Now He wants to give her that award.” Khabri, in his tweet, also trolled Mahira by saying that since she had no fan following while in the Bigg Boss 13 house, she’s buying them. He added, “Arey aise hi dedo, She deserves such award. #BB13 me to bechari ko koie Fan ni bana to Khareedne do.” All the Shehnaaz Gill fans followed the suit and bashed Mahira for allegedly taking such step.

A user wrote, “Awards nhi milte toh fake award bana leti hai n fans nhi hai toh fanclubs buy kr leti hai,” while another fan tweeted, “Seriously I didn’t see any Mahira fan during BB, suddenly she started to get many votes in all the polls, in Twitter as well. Something is seriously fishy here!!!”