The luxury budget task goes for a toss once again… 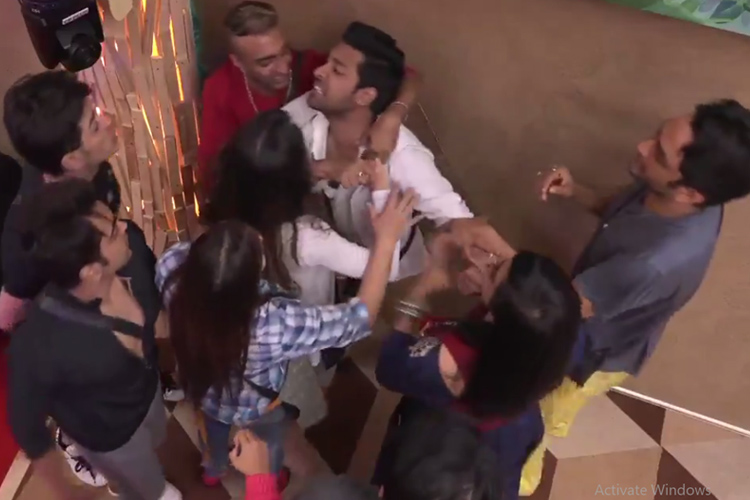 Before getting down to the nitty-gritties of last night’s episode, here’s a warning alert and a revelation that how yesterday’s episode will certainly go down as one of the worst episodes in the show’s history (taking in account all the negativity and fights that happened) and I am certain you will agree too.

However, barring all that, the mayhem in Bigsg Boss house took a breather as the luxury budget task of Mission BB11 was introduced.

As known, the motive of the task is that housemates, dressed as astronauts will have to stay in a rocket for as long as possible.

The person who decides to come out of the rocket will have a bittersweet price to pay as he/she will certainly become the captaincy contender for the upcoming week but will be the reason of a deduction of certain amount from the total prize money of the winner.

Another side to this task is that captain Puneesh Sharma has been given a special power that, if no contestant agrees to come out then he can choose a contestant and that person has to come out, thus making him a contender for future captaincy. But the prize money will not be deducted for that contestant.

However, it will so happen that none of this will be of any sense to the housemates as once again they will be shown losing the luxury budget task and that too miserably.

Even though Shilpa Shinde, Bandgi Kalra, Akash Dadlani, Mehjabi Siddiqui, Sabyasachi Satpathy and Arshi Khan will have already left the task, it will be because of Hina Khan that the house will not only lose the task but the winning amount will go down to ZERO.

Yes! That’s right. The reason for the same is that when Puneesh Sharma will go to sleep for a while (which he isn’t allowed to), Hina Khan will have convinced the rest of the contestants to leave the rocket and come back before Puneesh gets back.

In light of their actions, Bigg Boss will decide to cancel the task and hence the winning amount will now be zero.

It doesn’t end here because Bigg Besoss will also slam Puneesh in stern words on his careless behaviour and breaking of rules.

Hina Khan will further be seen having a breakdown and will blame herself for the task loss.

Nothing seems to be going right in Bigg Boss Season 11 house at all!

What do you think?