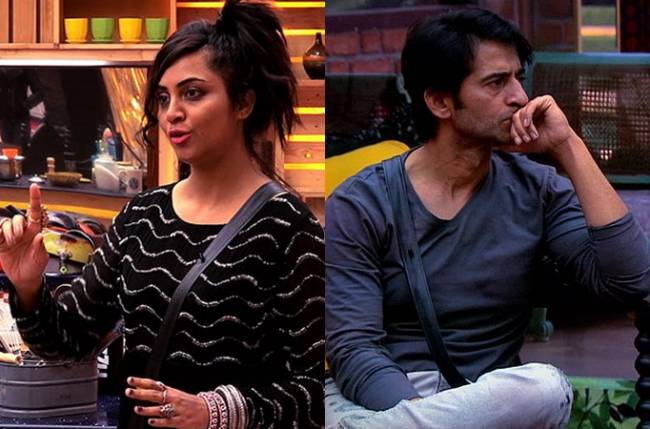 We don’t know whether Bigg Boss 11 contestants enjoy the three months journey inside this controversial house amid all fights, drama and what not. It’s quite a big deal to stay away from family and friends without any connection to the outside world. Nevertheless, the contestants enjoy every luxurious item in the house. From lavish house stay to food, the housemates earn their luxury every week.

Besides getting basic food items, which includes dry fruits as well, the contestants also get cigarettes whenever they demand for them. In the unseen video on Voot, Priyank Sharma, Hiten Tejwani, Arshi Khan and Luv Tyagi are seen talking about their increasing consumption of cigarettes.

Priyank Sharma shares that how Luv Tyagi wants to leave cigarettes. That’s when Puneesh Sharma and Arshi Khan intervene saying that after coming to Bigg Boss 11 house, even their smoking consumption has increased. Arshi says that she has started smoking three while Puneesh says he does around 3-4 in a day.

Priyank then tells that how Bigg Boss should not send cigarettes for Luv Tyagi as he wants to quit this habit. Hiten Tejwani also helps Luv saying that how he would force him to smoke so that he would stop feeling guilty.

Amid their discussion, Arshi suddenly demands alcohol from Bigg Boss. That’s not all; she also asks Shilpa Shinde to cook something spicy that she can enjoy with her one peg drink. However, everything was imaginary.

Hiten then tells that what if Bigg Boss sends alcohol from the RO water purifier for them. Puneesh Sharma enjoys the conversation and sings the song, ”do peg maar aur bhulja.”

If they cannot control their desire inside the Bigg Boss house, Tellychakkar wonders what they might be like in real life.