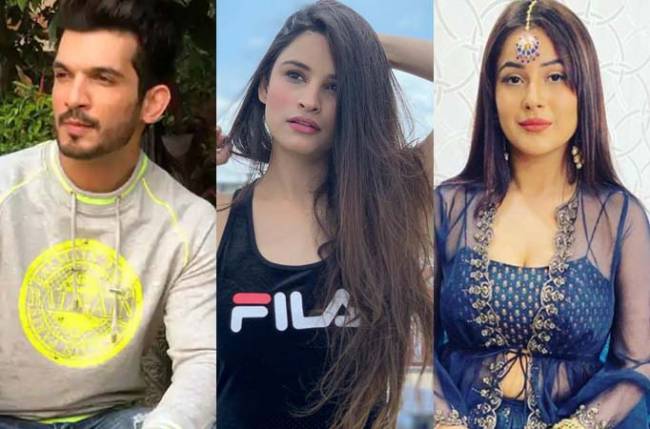 Arjun Bijlani is one of the most popular and loved television stars. He has acted in several soaps and fans love him for his acting skills and adorable personality.

He rose to fame with his performance as Mayank in Miley Jab Hum Tum and he was last seen in serial Ishq Mein Marjawan where he played a grey character and was applauded for his performance by the audiences.

On the other hand, Chetna Pande is also a famous and well-known personality she rose to fame with her stint as a contestant on Ace Of Space Season 1.

A video of Shehnaaz’s most famous dialogue from Bigg Boss 13 has gone viral and everyone is making funny videos on it.

Now we came across a video where Arjun and ace of space contestant Chetna Pande is seen giving a new twist to this Shehnaaz’s video.

In the video, one can see Chetna saying Shehnaaz’s dialogue and then Arjun comes in between and says that what a rubbish dialogue this is and everyone on Instagram has gone mad.

Then the two are seen acting like a dog, the video is a funny one and will leave you in splits.

Well, this dialogue of Shehnaaz has gone viral on social media and every single person is doing a video on it but Arjun and Chetna give a different twist to it.

For more news and updates from the world of television and movies, stay tuned.