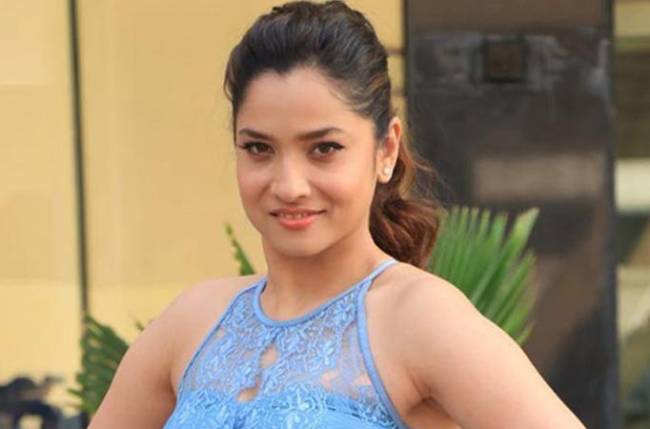 Actress Ankita Lokhande, who was last seen with Kangana Ranaut in “Manikarnika: The Queen of Jhansi”, says Rekha is the “Jhansi ki Rani” of Bollywood because of her bravery and boldness.

Looking back at her career, she said: “It all started when I gave an audition for ‘Pavitra Rishta’. It was for a lark, for fun, just to try my luck! But once I got through, I didn’t look beyond it for the longest time. The offer was for a Balaji show, so how could I have said no to Balaji? I was so happy doing the show, and wasn’t aspiring for movies, then. Only after it ended, I said, ‘ab kuch aur karna hai’. Bollywood happened I guess because I am a movie buff. I have always loved Madhuri Dixit. I used to dance to all her songs.”

Ankita made her Bollywood debut with “Manikarnika: The Queen of Jhansi”, which will air on &pictures November 9.

So, was it intentional to not look back at television?

“Honestly, I do not plan my life. Whatever comes my way, I take it. I am a risk-taker, and that does not mean I am not going back to television ever. I have always maintained that television is my maika’ while cinema is my sasuraal’. I have given six years of my life to television,” she said, adding: “Believe it or not, while doing Pavitra Rishta’, I have worked long hours on television, because shoot was continuous with barely any time to rest. But I think on a creative basis, everyone needs to grow. Cinema is larger and offers more opportunities to perform. I want to play different roles. I cannot stay put in one place. I was very happy to be in television. It will always be my baby. However, films are now my second baby. ”

The actress says she has “understood the importance of self-love” over time.

“I have started taking care of myself and have become much more confident. I keep giving myself these periodic pep-talks that you cannot let anyone take advantage of you. People will come and go, but that shouldn’t stop you from living your life,” said the actress, who was dating Sushant Singh Rajput for a long time.