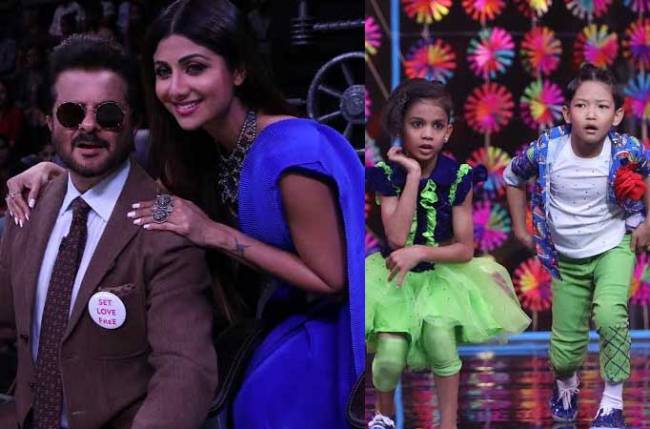 MUMBAI: Super Dancer Chapter 3 promises to vow the viewers week after week. This weekend fans of the show will get to see the contestants do duet performance. Viewers will not only get to enjoy the spectacular performances but also witness the ensemble cast of Ek Ladki Ko Dekha Toh Aisa Laga having gala time on the show.

The actors and judges were thrilled by the performance of Tejas Varma and Avastha Thapa who performed on Milegi Milegi song from Stree. Tejas was dressed as girl and Avastha was dressed as boy, when Anil Kapoor got to know that the girl is actually a guy and vice-versa he was all the more impressed by their performance. It reminded him of his movie Jhooth Bole Kauwa Kaate opposite Juhi Chawla which was directed by Hrishikesh Mukherjee. In the movie in a particular scene he had to disguise as a woman and it was very difficult for him. He also mentioned that he took-up the movie only because he was eager to work with Hrishikesh Mukherjee.

Talking about his experience doing female get-up in the movie Anil Kapoor said, “In that movie, I got a chance to work with the great Hrishikesh Mukherjee. I actually took up the film just because I wanted to work with Hrishi- Da. I had to play the role of a woman in one scene, which I thought would be very easy but I’m telling you that it was one of the most difficult things to do. It was so hard, I had to shave my moustache, wax my body, wear a wig and all I could think about is when would I get out of the sets and why did I agree to do this in the first place. I really couldn’t do it, it was the most difficult part of my career.”