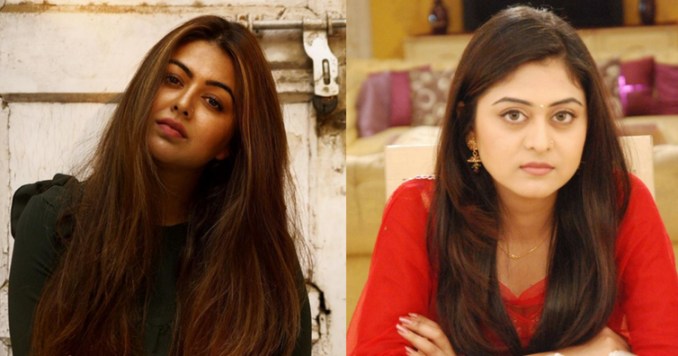 MUMBAI: The best part about having siblings is that they have so many facets to them. Specially a sister bond…they can be part mom and part friend. It doesn’t matter the part because they all have one thing in common: they always love you.

But relationships can turn sour specially if matters of dispute are regarding the family. Famous television sisters Shafaq and Falaq Naaz’s bond has hit the rocks. There is no doubt that both the actresses are doing brillantly well in their TV careers. However, the Naaz sisters have their sisterly bond facing troubled waters.

This piece came as a shocker to us just like it has come to you. Curious to know what exactly went wrong? Well, here we have Falaq opening up exclusively with loan trading.

She shared, “I have remained mum from the past two years now thinking that this will hype my personal life in public. But it is high time that people should know that Shafaq is no more a part of the Naaz family. She moved away from us two years ago. She has put allegations against my mother of splurging away her money. Shafaq fought with my mother and left us alone without thinking about the consequences. We haven’t even heard her voice from the time she left. I don’t know if some family member has influenced her but I know that how my mother, being a single parent, has had a difficult time raising us and has made countless sacrifices to make sure we lived life in contentment. Infact,there has been time when my mom has sold her gold to meet our needs.”

She continued, “Sharing your income with the family should not be a problem. I still believe in receiving pocket money instead of giving my parents pocket money. Shafaq has put wrong allegations on my mother and I have felt very bad. My mother has still been crying.

I do not wish to have any relations with Shafaq. My mom is my world and I am can take care of her single-handedly. Shafaq had a problem in helping the family. She wanted to explore world and live a lavish life. I agree that to live the life of an actor is not easy; the expenses are over the top but with good planning, everything falls into place. The one thing I want to add here is that before Shafaq left the house, she told me that mein kamzoor hu (I am weak). I want to make myself very clear to her that if being protective about your mother and not leaving away her alone is considered to be weak, then yes, mein kamzoor hu.”

When asked Falaq if she ever tried to mend things between the family, she replied, “From the time she moved out she hasn’t called anyone of us to even know about our well-being. There is always an option to sit back and discuss. But I guess she and we are very firm on decision and we don’t wish re-unite ever.”

Shafaq was last seen in Colors’ Mahakali and Falaq did SAB TV’s Shankar Jaikishan 3 in 1.

Well, all we hope is that Falaq, Shafaq and the Naaz family find solace in this difficult hour. Also, we pray that they unite and live a happy family life.