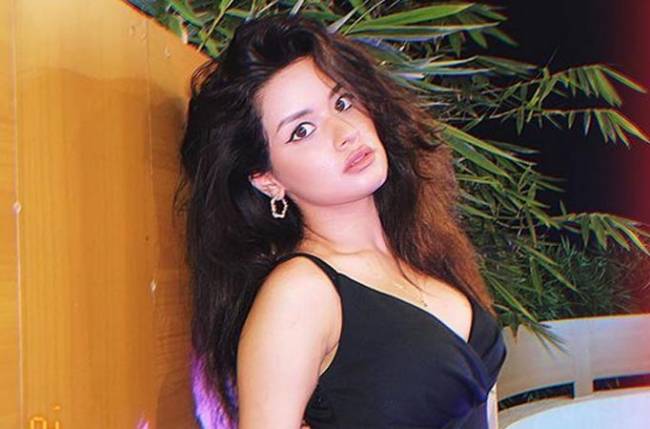 Avneet Kaur is one of the most popular television actresses. She is known for her acting chops and good looks. She has a huge fan following.

The actress, who is quite active on social media, has given herself a new makeover by chopping off her locks and styling her hair in a different way. On Monday, the actress, who is known for playing the part of Princess Yasmine in Aladdin – Naam Toh Suna Hoga, posted photos wherein she looks pretty in the new hairdo.

The diva is seen in a pink check skirt with white top and colourful earrings. The dewy make-up is a perfect add-on. In her caption, Avneet wrote, “Gave myself a new haircut…How’s it?”

Actor Amey Pandey, who worked as a child artist in Kyunki Saas Bhi Kabhi Bahu Thi, replied in comments, “Awesome!!! Luckily, I’m growing my hair too, so in a few months, give me a haircut too. Yeah?”

Due to the pandemic, many cities in the country are under lockdown. Several actors, hence, have started to cut their own hair and style their locks themselves.

Talking about Avneet, the actress crossed 18 m followers on social media last month and treated her fans with photos sporting a saree. She started her career with the reality dance show, Dance India Dance. After playing Yasmine in Aladdin, she also featured in several Punjabi music videos.