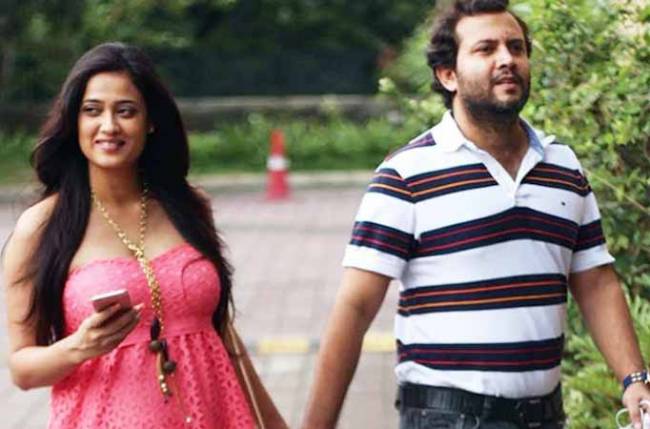 Shweta Tiwari’s husband Abhinav Kohli is making headlines for the wrong reasons. The Kasautii Zindagii Kay fame actress has filed a case against Abhinav accusing him of making obscene comments and showing vulgar photos to her daughter Palak Tiwari and apparently also for slapping her.

The teenager is Shweta’s daughter with her first husband, actor Raja Chaudhary. Abhinav has been arrested by Samta Nagar Police on charges of ‘outraging a woman’s modesty, making sexually coloured remarks, assault, intentional insult with intent to provoke breach of peace and criminal intimidation under the IPC, and sections of the Information Technology Act.’ Though, Shweta has not commented on the matter, but Abhinav’s mother stated that there is no truth to the allegations. She also revealed that Shweta wanted to get rid of him and divorce him.

Abhinav’s mother told TimesofIndia.com, “We want things to get better between my son and Shweta Tiwari. We want to do it for our child Reyaansh as he is too young and I don’t want him to get mentally disturbed. Abhinav has been doing a lot for his kids and we don’t want to affect the kid’s psyche. He is too young. The truth will one day come out how much my son Abhinav has sacrificed for both his kids.”

His mother also spoke about the allegations levied against her son of outraging a woman’s modesty, “Abhinav and Shweta have not been on good terms with each other, since last two years, but Abhinav tried to sort out things. He wanted to live with Shweta as Reyaansh was too young and it was his dream to live under one roof with both his kids. However, things did not work out between them. Abhinav took care of Palak since she was a kid and Raja Chaudhary had left her. Even while she was in the Bigg Boss house and her mom had to travel to her native place, Abhinav was there to take care of Palak. From her school admission, attending parents meeting in school, to tying her school laces, he has done everything. They have conveniently forgot everything and putting such false and dirty allegations against him just because they want to get rid of him. She wanted to divorce him. I don’t want to talk about it further.”