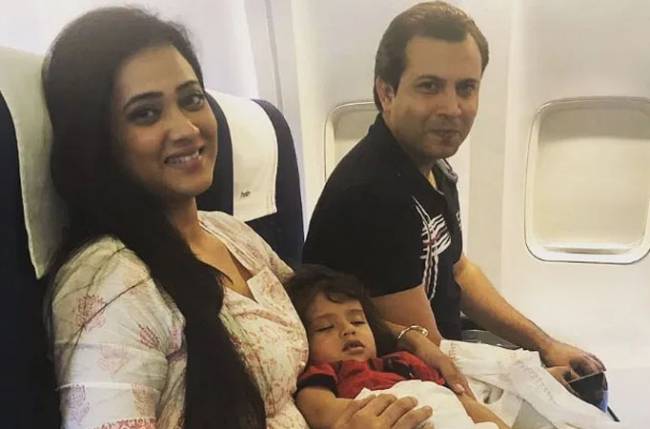 From a few days, Abhinav Kohli has been making some volatile social media posts against his estranged wife and actress, Shweta Tiwari and daughter Palak Tiwari. It began with Abhinav sharing a video of Shweta along with her Mere Dad Ki Dulhan co-star Fahmaan Khan. Later, he posted a picture that suggested that they are still living together as husband and wife, in contrast to the claims made by the actress. But amidst all the shocking revelations, Abhinav has made an emotional post dedicated to his son Reyaansh.

Abhinav Kohli took to Instagram to share his feelings that he is missing his son dearly and also blamed Shweta for taking him away. The actor shared a picture of their son and captioned, “I miss you. It’s been 1 month and 23 days since your mummy seperated us. I love you beyond words and surely by God’s grace I will hug you tight very soon.”

It was in 2016 that Shweta and Abhinav welcomed their baby boy in the world. They got married in 2013 after dating each other for almost three years and not so long after, they welcomed their little bundle of joy. A while ago in 2019, Shweta Tiwari reportedly filed a domestic violence case against husband Abhinav after which he was taken into custody for two days. Her daughter Palak Tiwari soon penned an open letter against her dad supporting mother Shweta.

As Abhinav is making some startling disclosures, he further pointed out that Palak has deleted the post. However, Shweta reverted back at one of his posts saying that he should stop harassing her and her daughter Palak.

For more updates on Television and Bollywood, stay tuned.