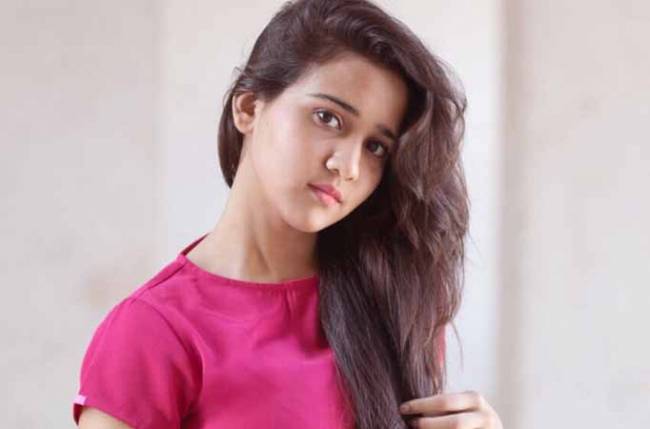 Mumbai, 03 February 2018: Ashi Singh became an overnight sensation post her stint in Sony TV’s famous daily Yeh Un Dinon Ki Baat Hai. The series based in the 90s’ era became quite popular amongst the masses and so did Ashi’s character Naina. Instantly, the actress became a crush for many teenagers, however, the enigma around her personality is still maintained.

For all those who wish to know more about the pretty lady, this article is a must-read for you. In an exclusive with loan trading, Ashi has revealed some astonishing facts about herself. From her favorite color to her favorite food, from her secrets to her admiration for things, Ashi has bared them all.

1. A girl’s favorite color is usually pink; however, for Ashi it is quite different. Her favorite color is blue. So, in case anyone of you is planning to gift something to her, remember blue is the go to color.

2. Often, girls are known to keep uptight by eating less and being figure conscious. Ashi belongs to a different lot. She can’t quit eating rice even for a month. She loves rice and gives no damn to carbs.

3. Well, here’s one thing that makes Ashi the millennial girl. She loves to party and is a party animal.

4. Contrary to popular belief, Yeh Dinon is not Ashi’s debut show. Many media portals have often written the daily to be her debut series. Nonetheless, Ashi revealed that she made her debut in Channel V’s Secret Diaries

6. Not just working out, Ashi shared that she can’t curb her diet as she is a “foodie”. We can only imagine how much the girls will be envying her; Ashi doesn’t even work out, does not like to diet, is a foodie and can’t live without rice, then too is in a great shape. Ashi you might have some haters.

7. The lady also revealed that she hates cooking. Obviously, who would want to cook if they like eating so much?

8. You like Ashi’s flowing hair? Well yeah, even she does. “I love my hair a lot,” she shared. She can’t take any risks and neither does she like anyone fooling with it.

9. “I love my friends and family,” another interesting fact that Ashi shared. Isn’t that sweet? Ashi is a doting daughter and friend.

10. Ashi also has OCD. Well yeah she likes her cupboard to be clean and well organized. Isn’t that interesting? We wonder how she manages on the sets though.

11. Singh also revealed that she loves to shop. Well that is something which is quintessential.

These are some of the best unknown facts about the actress. Which one did you find most amusing? Comment below if you knew anyone of them. If you didn’t know any of it then share it with your friends and spread the word.